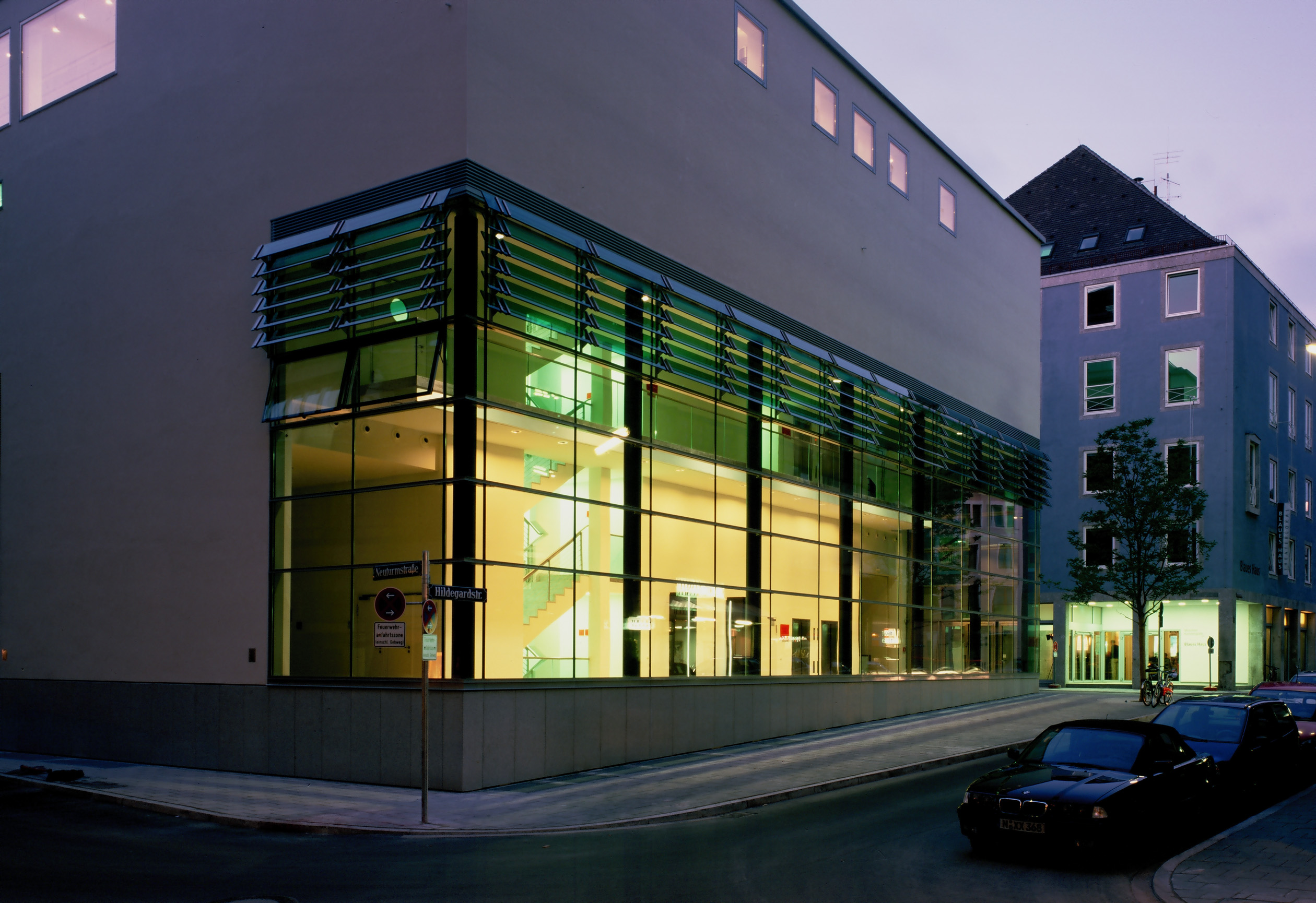 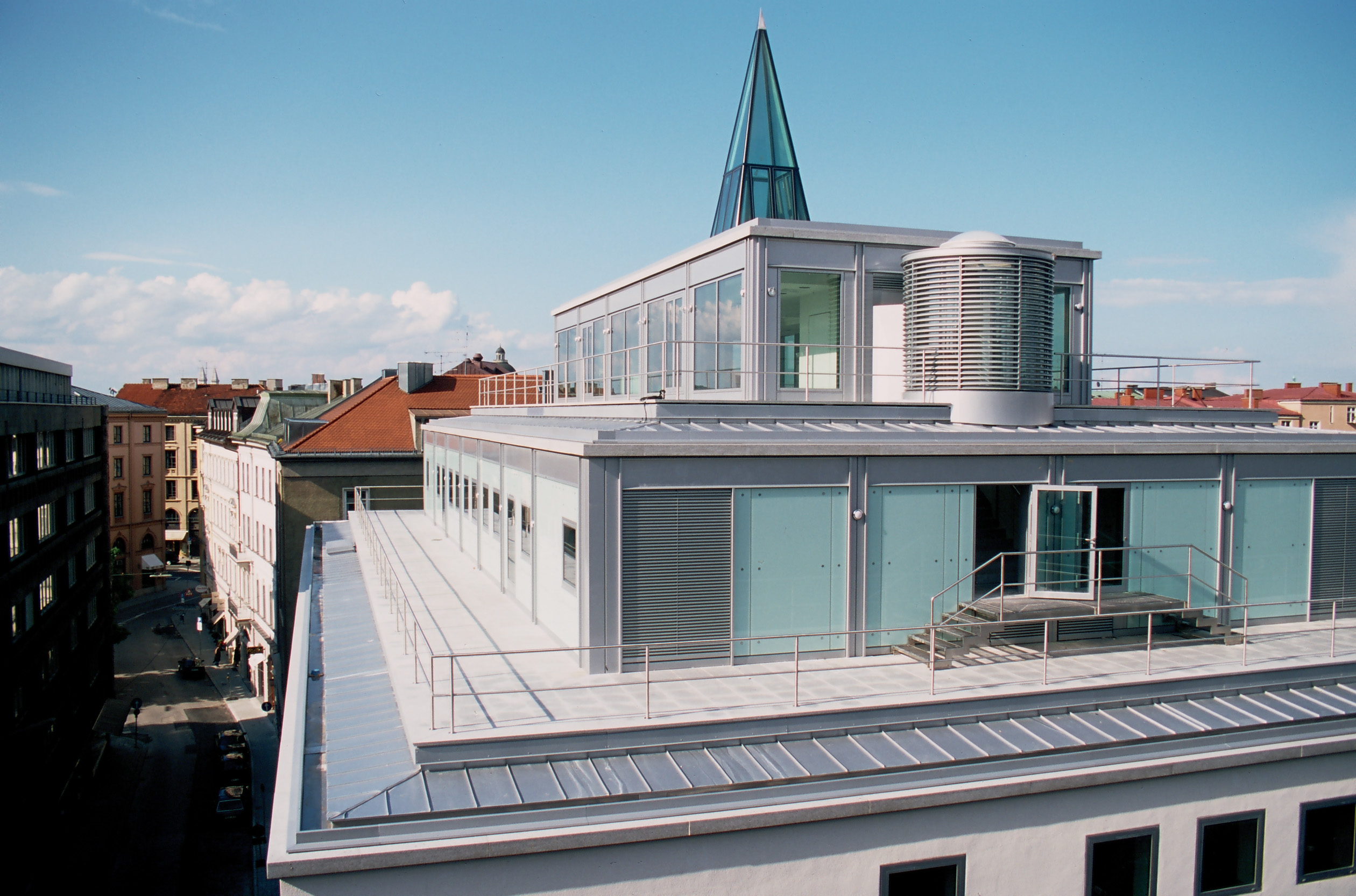 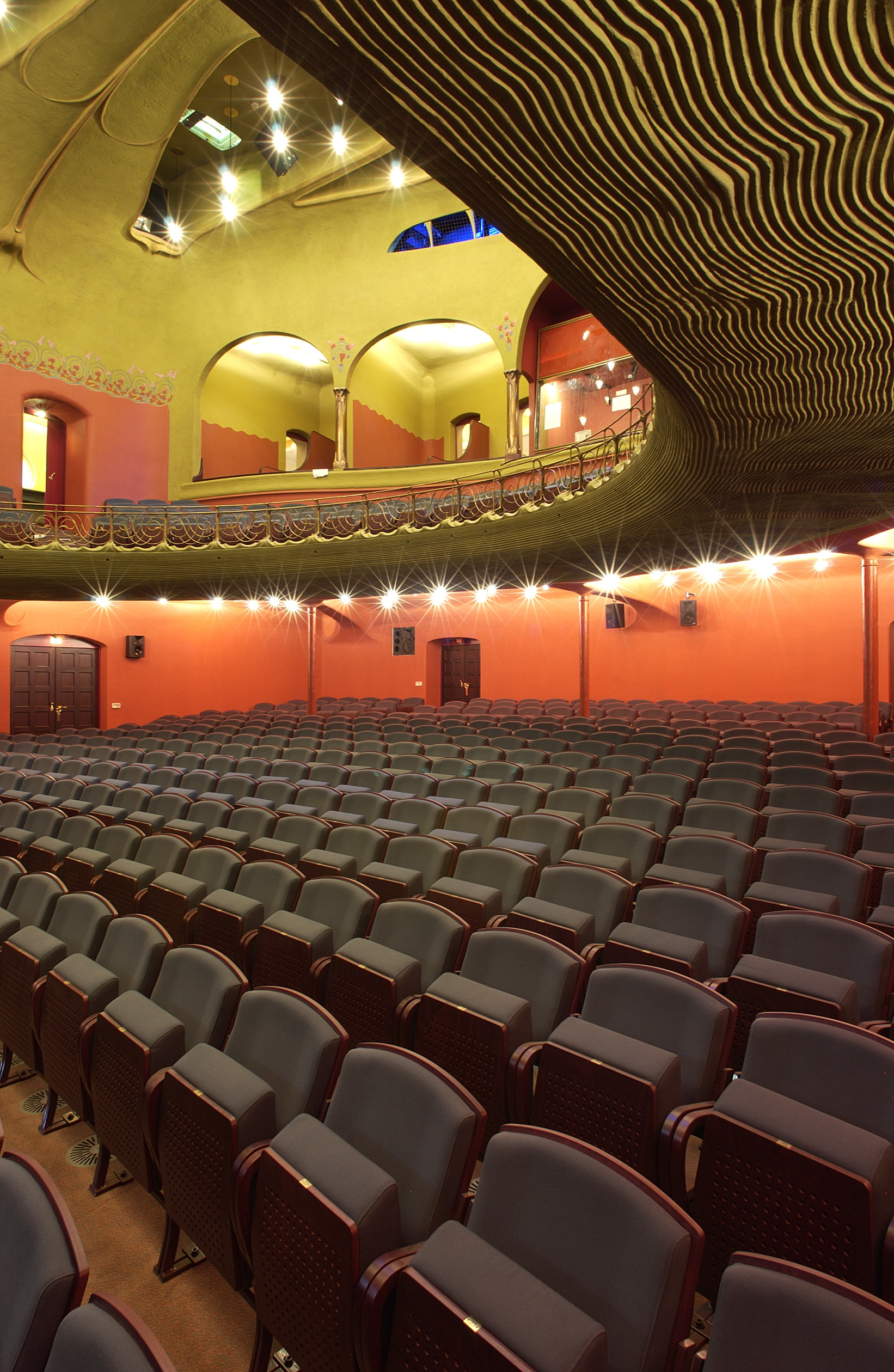 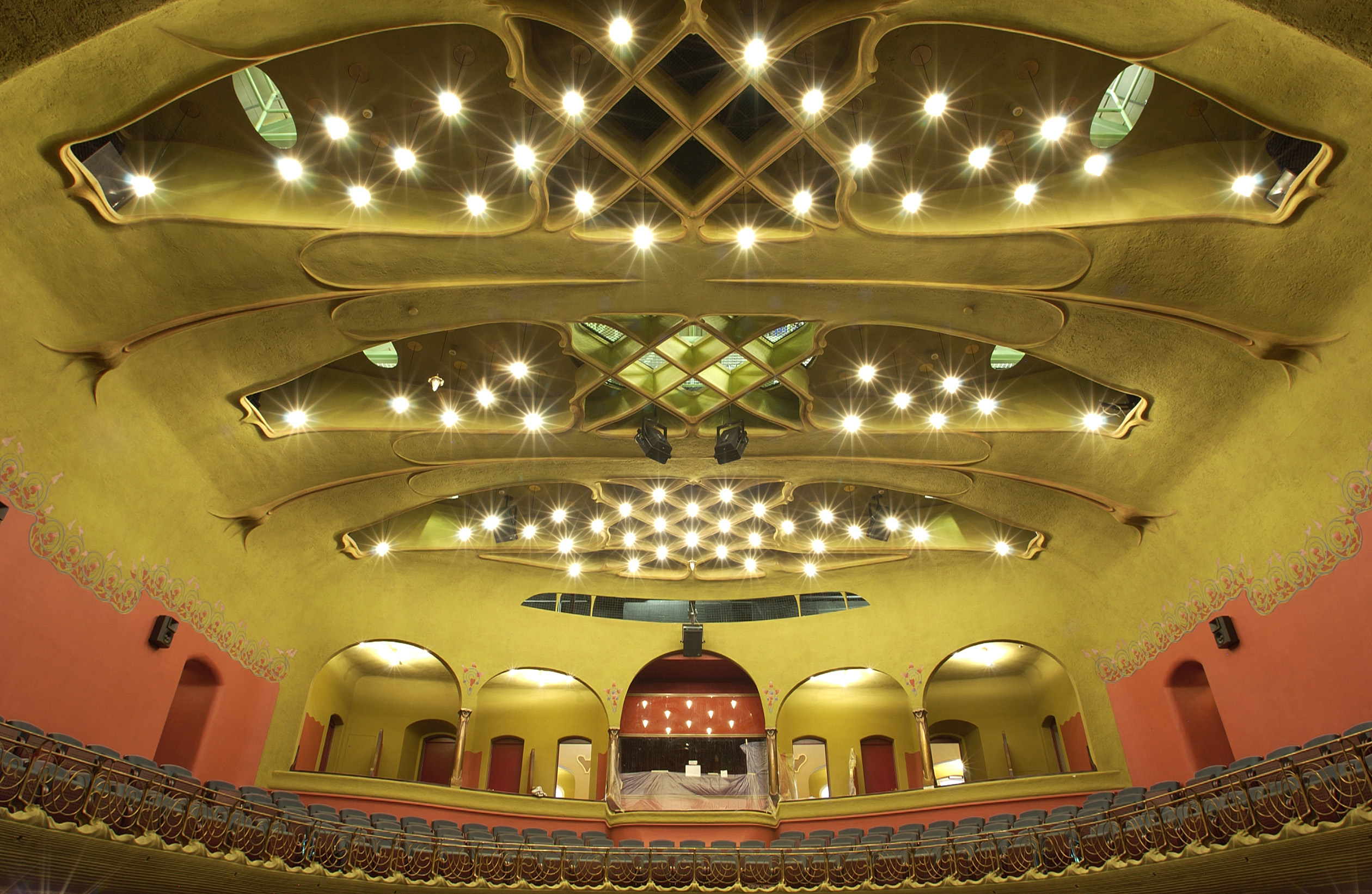 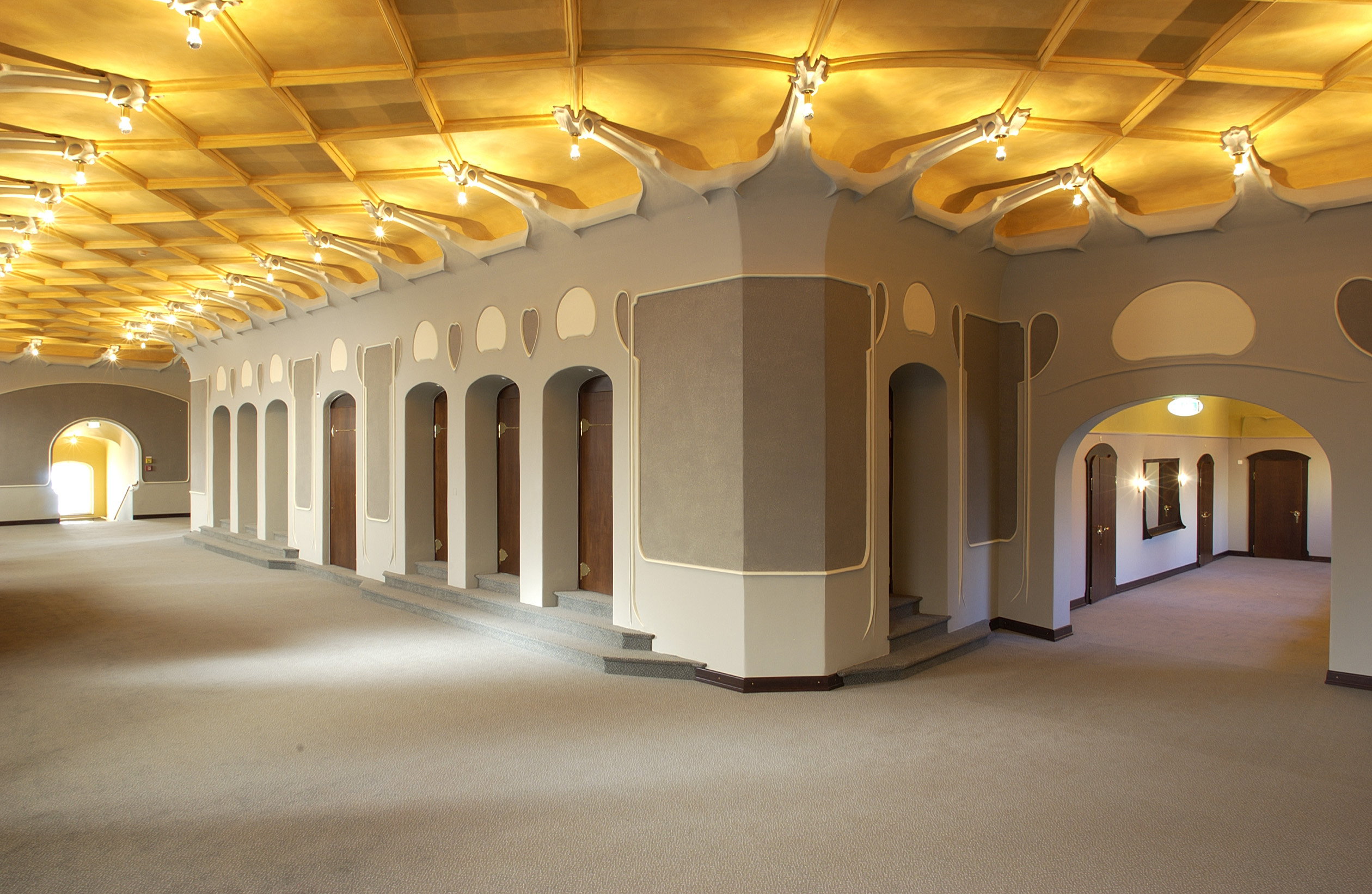 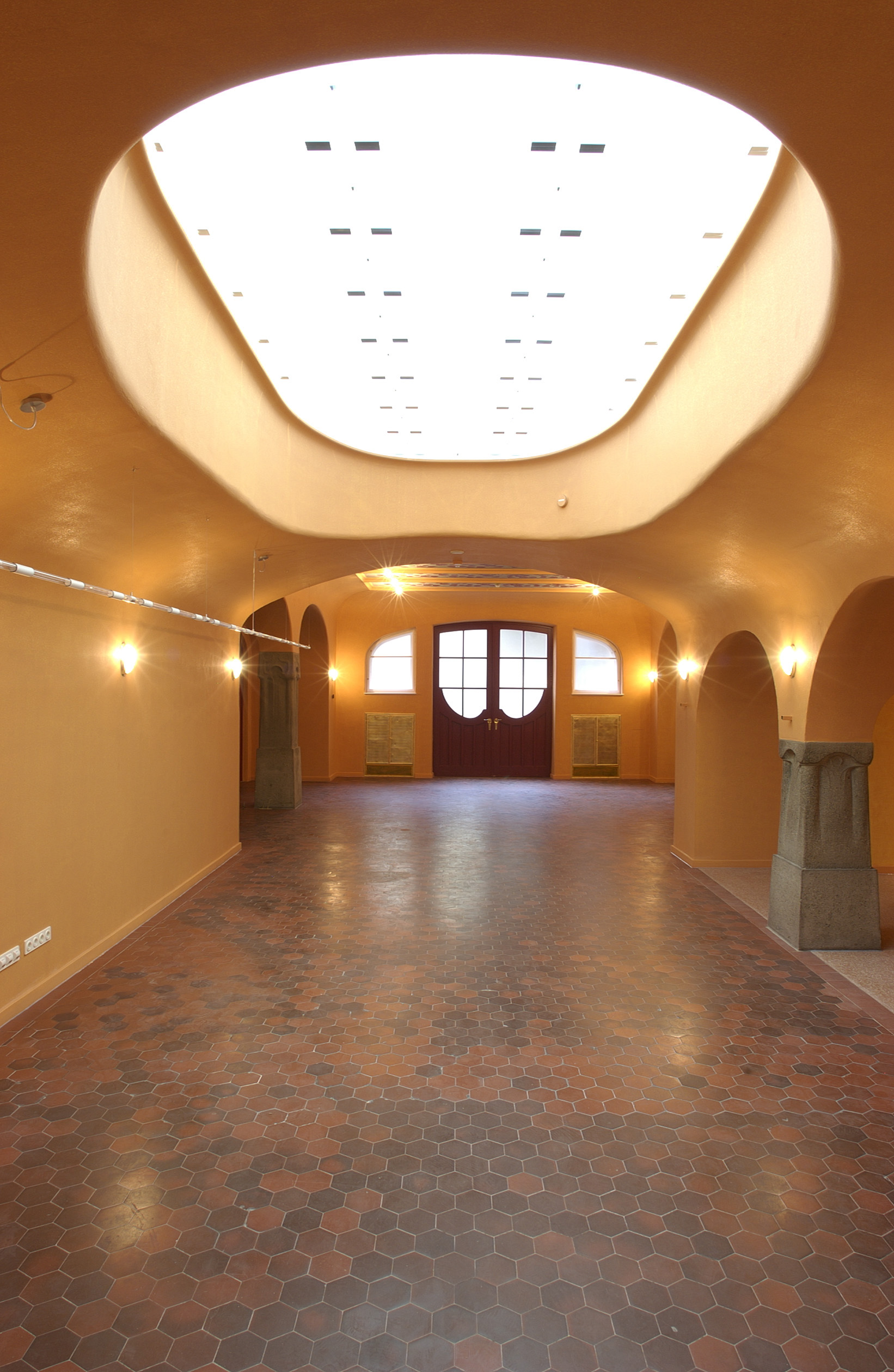 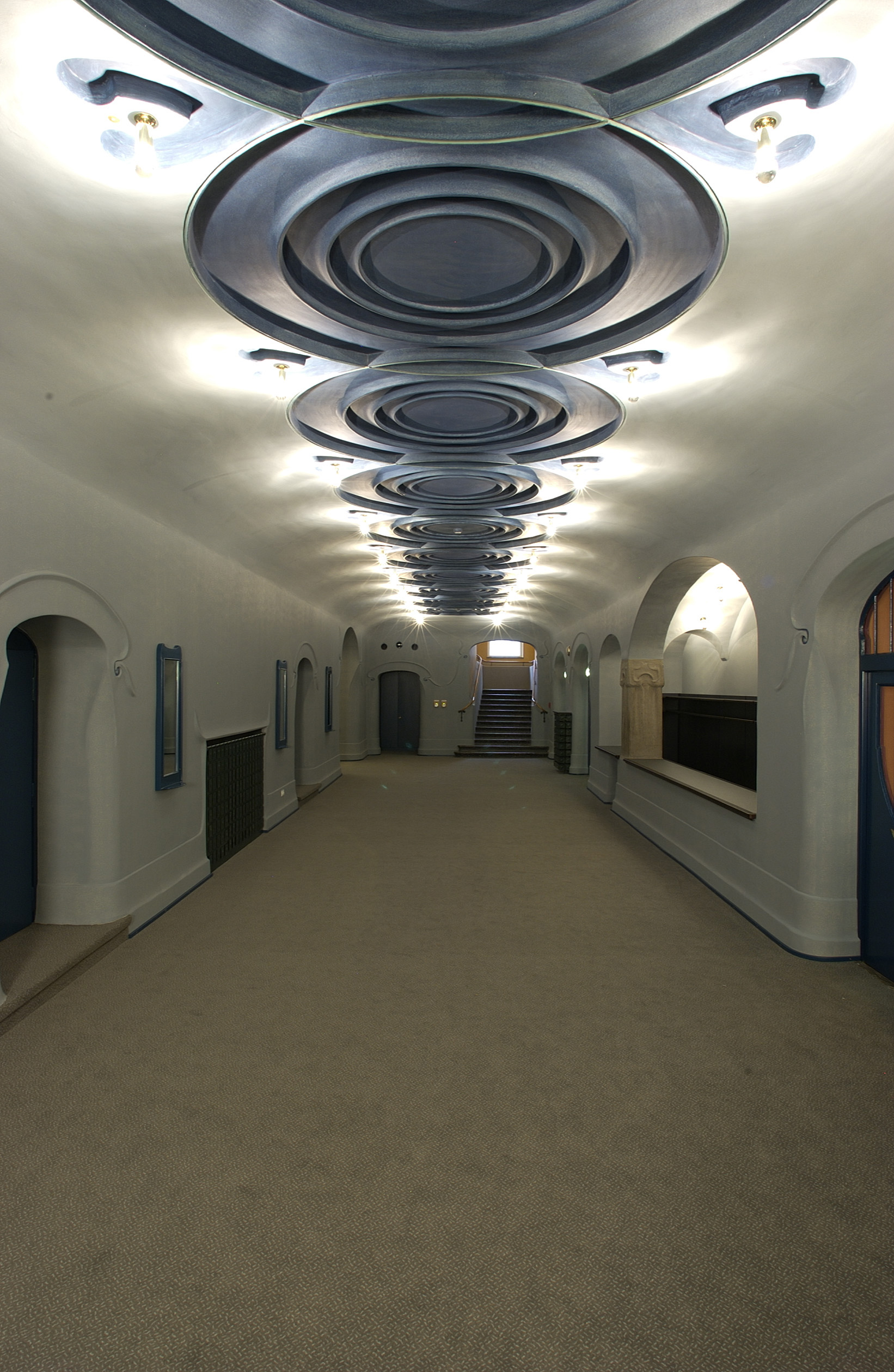 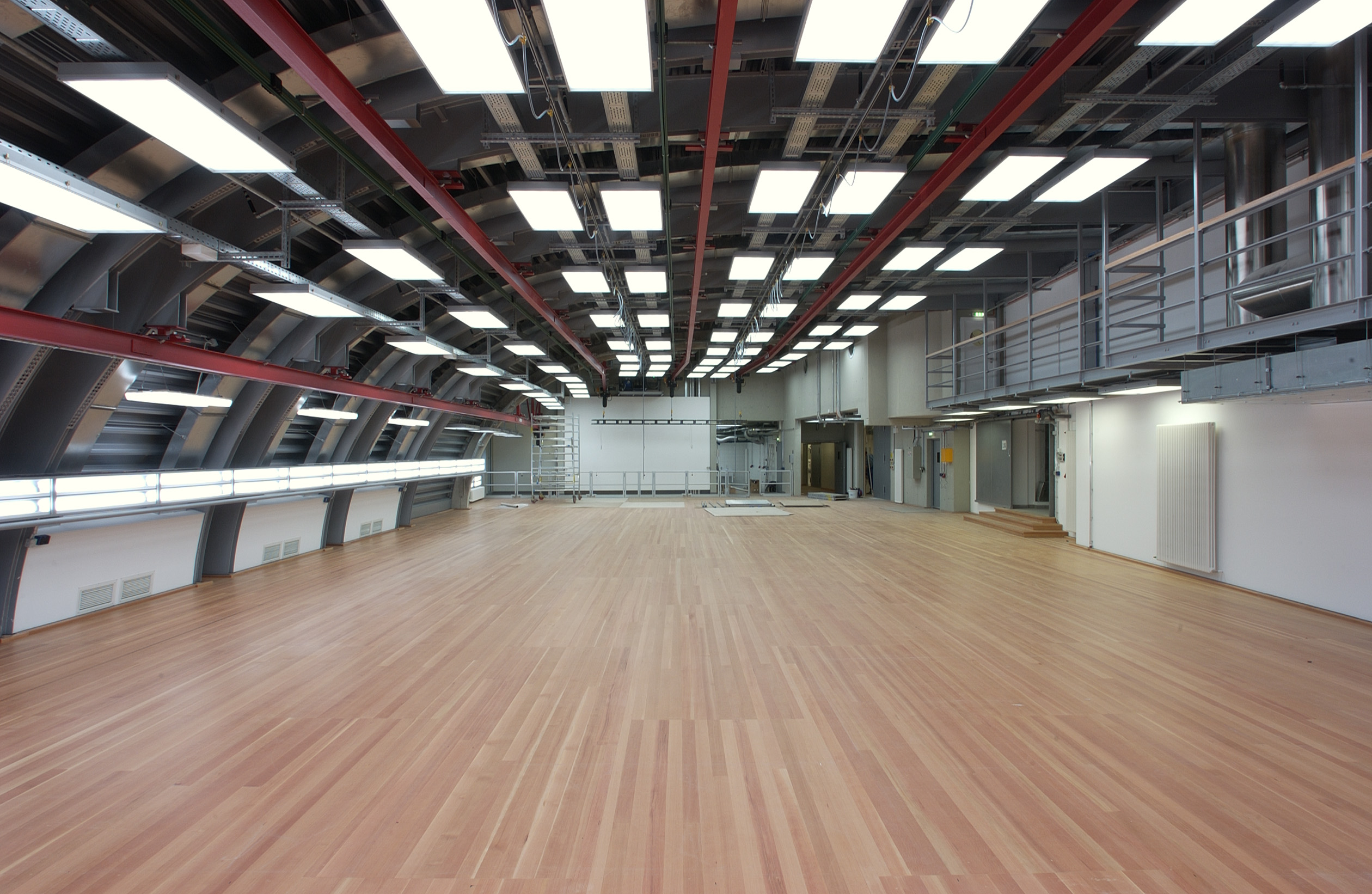 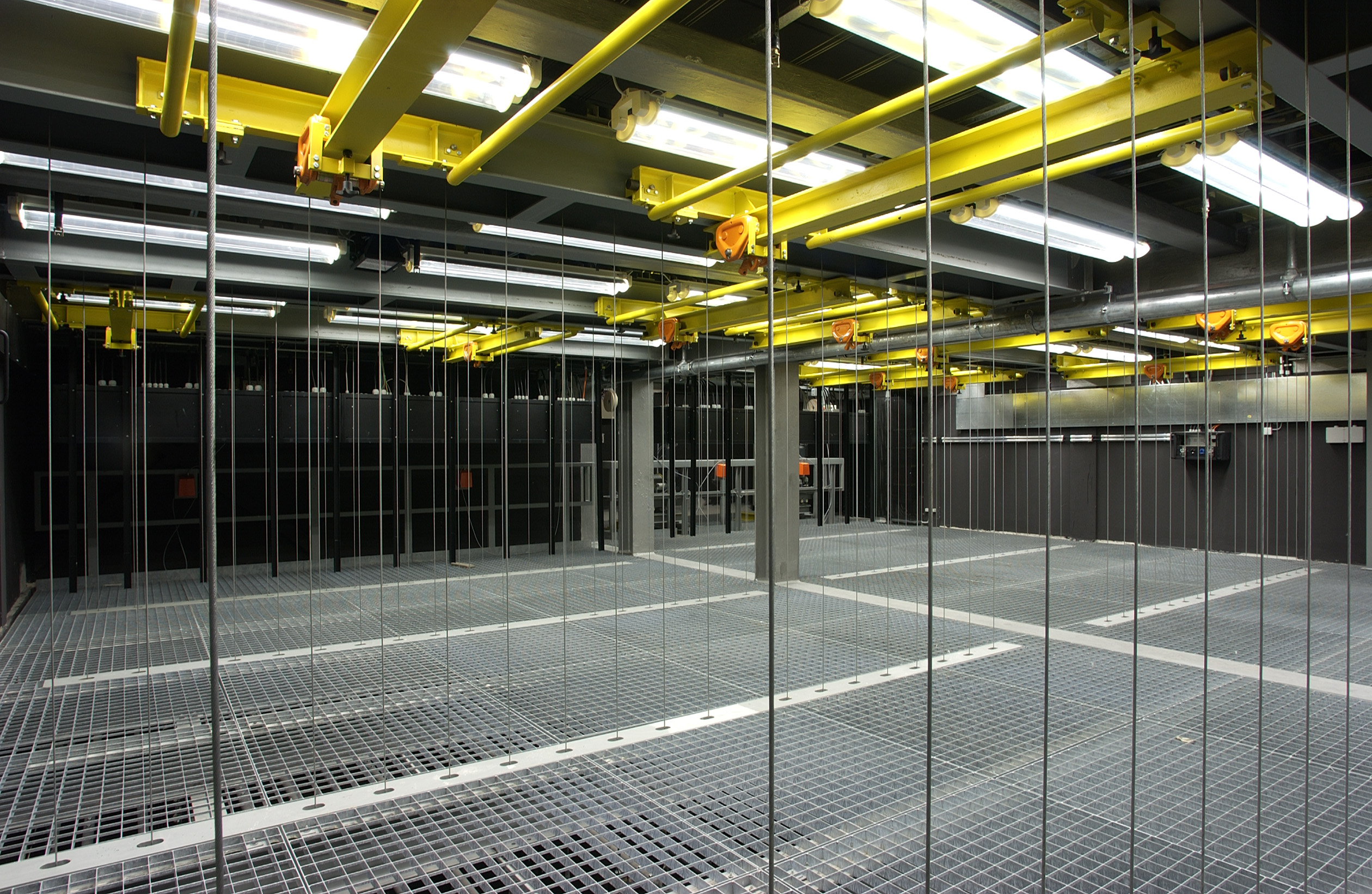 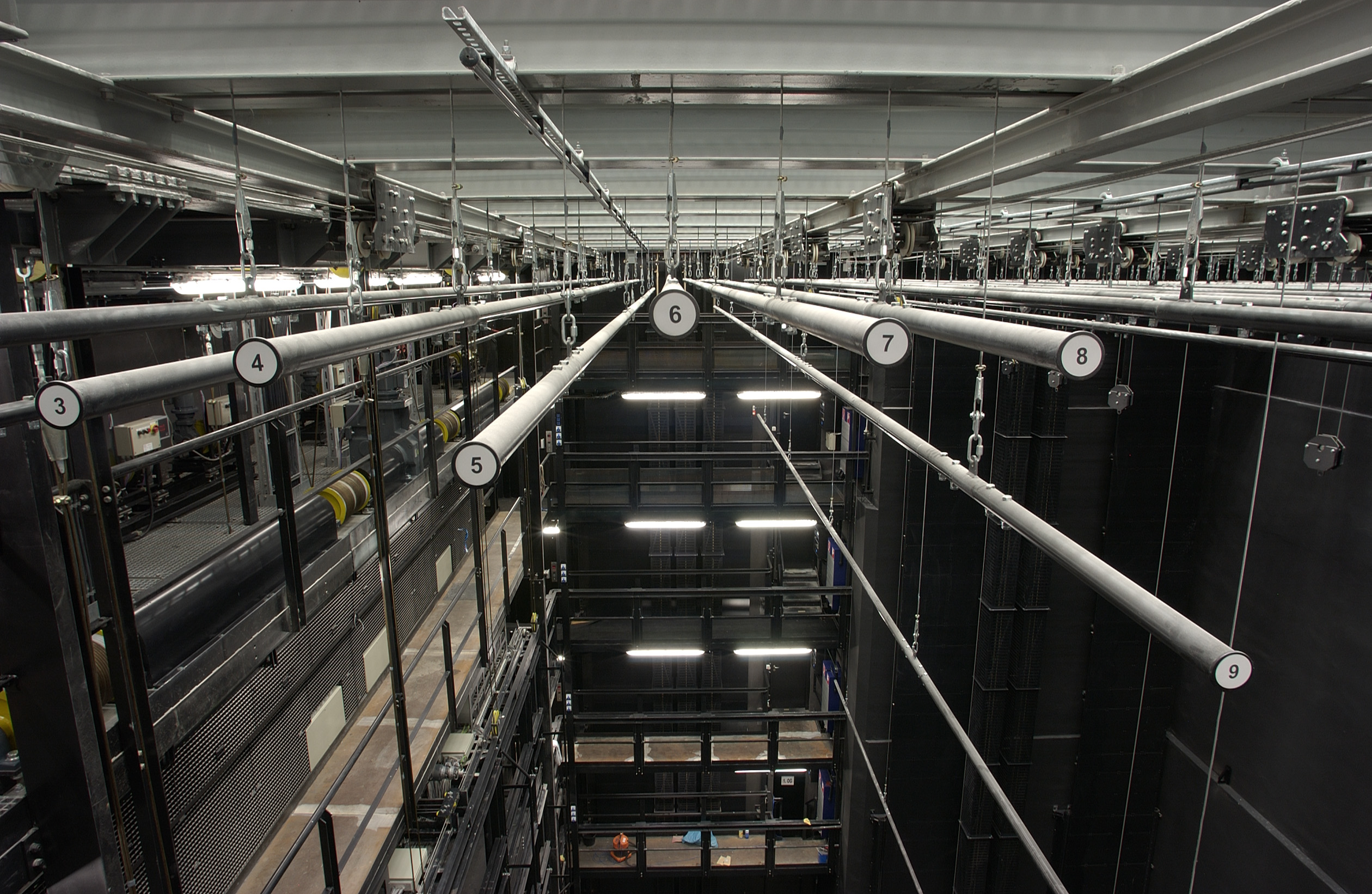 Years of preparation and many design options during the Planning Phase shaped this project, which set the highest standards in its domain. The planning design concept closely followed artistic and political varying decisions, in the interest of the public.

At the end, idealism, hard work, and a maximum of flexibility proved successful: after the Rehearsal Building implementation with an interim venue, Peichl & Achatz were also commissioned with the renovation of the Schauspielhaus and the “Blue House”.

Today the whole ensemble presents itself in a new splendour with the Kammertheater, the New house, the “Blue House” and the Workshop building, which brilliantly combines Art Nouveau elements with the contemporary architecture.

The architectural joint venture, Peichl-Achatz-Schumer, emerged as a winner from the Design Competition for the New Rehearsal Building, and was gradually commissioned with the first three construction phases above mentioned.

In the second construction phase, the areas directly behind the backstage of ​​the old Schauspielhauses were used to effectively condense the courtyard by creating the shortest paths between stage, delivery and workshops areas.

The third construction phase includes the renovation of the “Blue House” with the cafeteria, the Workshop theatre and the theatre’s administration area.

Reconstruction and renovation of the historically protected Art Nouveau Theatre included structural reinforcement, complete renewal of the entire building technology, restoration of the historically protected public theatre area, extension of the existing stage tower and installation of state-of-the-art theatre and stage technology, extension by construction of a new backdrop with a painting hall above and connection to the newly built workshop building with simultaneous construction in front of the workshop building, prolonged periods when only two-fold crane transfers were possible, extremely cramped conditions due to closed inner courtyard situation, considerable difficulties due to apartments and offices located in the entire building complex, exclusive shops and a cafe (on-going operation).

The Schauspielhaus has a special significance, because it is regarded as an important testimony to Art Nouveau. It was designed in 1900 by Richard Riemerschmid, who made a name for himself far beyond Munich as a painter and furniture designer, but never before as an architect. He designed, and the construction company Heilmann & Littmann built it for a lump sum price, almost at the same time as the Prinzregententheater. The restoration costs were calculated by a special bureau and yielded about 100 million DM for all three construction phases, around 50 million Euros.

Unfortunately, the completion of the rehearsal building was unacceptably delayed by one year. This delay and the fact that the construction cost blow-up in the meantime has increased by 100%, namely from 100 million DM to 100 million Euros, has prompted the City of Munich to take action.

IMP took over the Design phases 6-8 according to §15 HOAI, as a Munich office experienced in theatre construction and led the Schauspielhaus’ renovation work with the architect Walter Achatz to the success, fully recognised by all those involved in the project. Schedules, qualities and in particular the costs determined in the second attempt were strictly kept. The Schauspielhaus was handed over to its user free of any structural defects on January 14, 2003.

Within the framework of the 5th BA, the demolition measures of the interim venues to the actual rehearsal building with several studio stages took place, which were put into operation in 2006. The final expansion work was completed in 2008, and completed in November 2009.